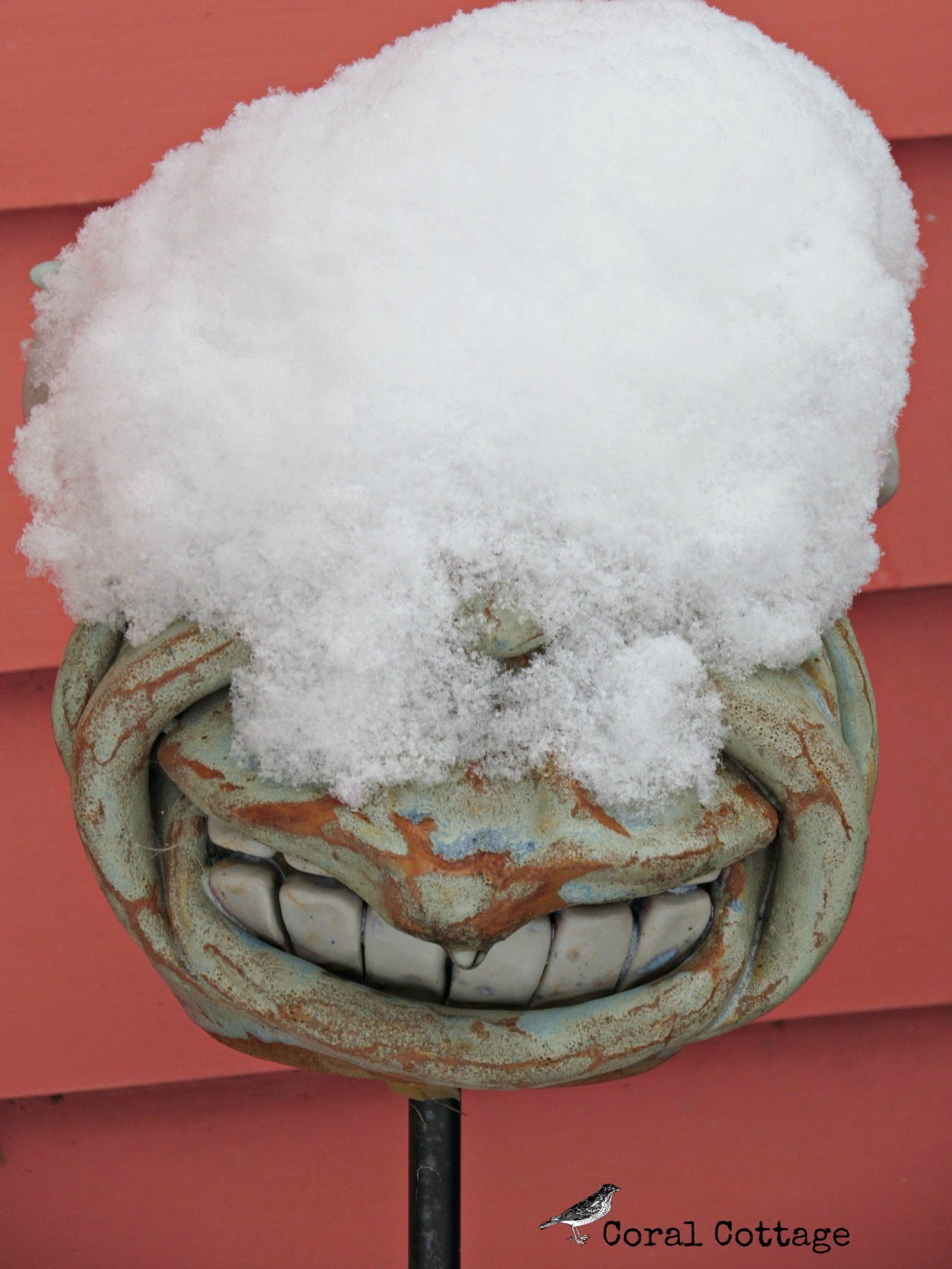 The sky is grey; a dreary unpleasant grey.

Freezing rain and sleet are falling.

My friend sent this to me and it made me smile so I’m sharing it with y’all.

I agree with all of these, but know in my heart that when it comes to practicing it in  real life, sometimes I fall short.

This week we had another 8 inches of snow, the never-ending winter is upon us.

I made a snow break and went to the big city and got a new hair cut.  Afterwards while shopping at the grocery store a lady complimented me on my pretty hair.  That was really nice, it only took a few seconds for her to make me feel good.

I think I’ll pass it along.

I also went to the feed store where I had to fight really hard to keep from coming home with a dozen of those adorable cute peeping chicks and ducklings.  Oh my that was hard.  I watched with complete unhidden envy as a young woman had her order of ducks boxed up.  I followed her out of the store and through the parking lot; listening to the peeps coming from the box that she carried.  I’m sure she thought I was a stalker until she realized it just happened that we were parked near each other.

I’ve been reading about all the left-over kitchen scraps that chickens love to eat.

I’ve had no such luck.  Our girls apparently are finicky.

However, we had angel hair pasta the other night and I took a few leftover noodles out to them and the pasta war broke out. 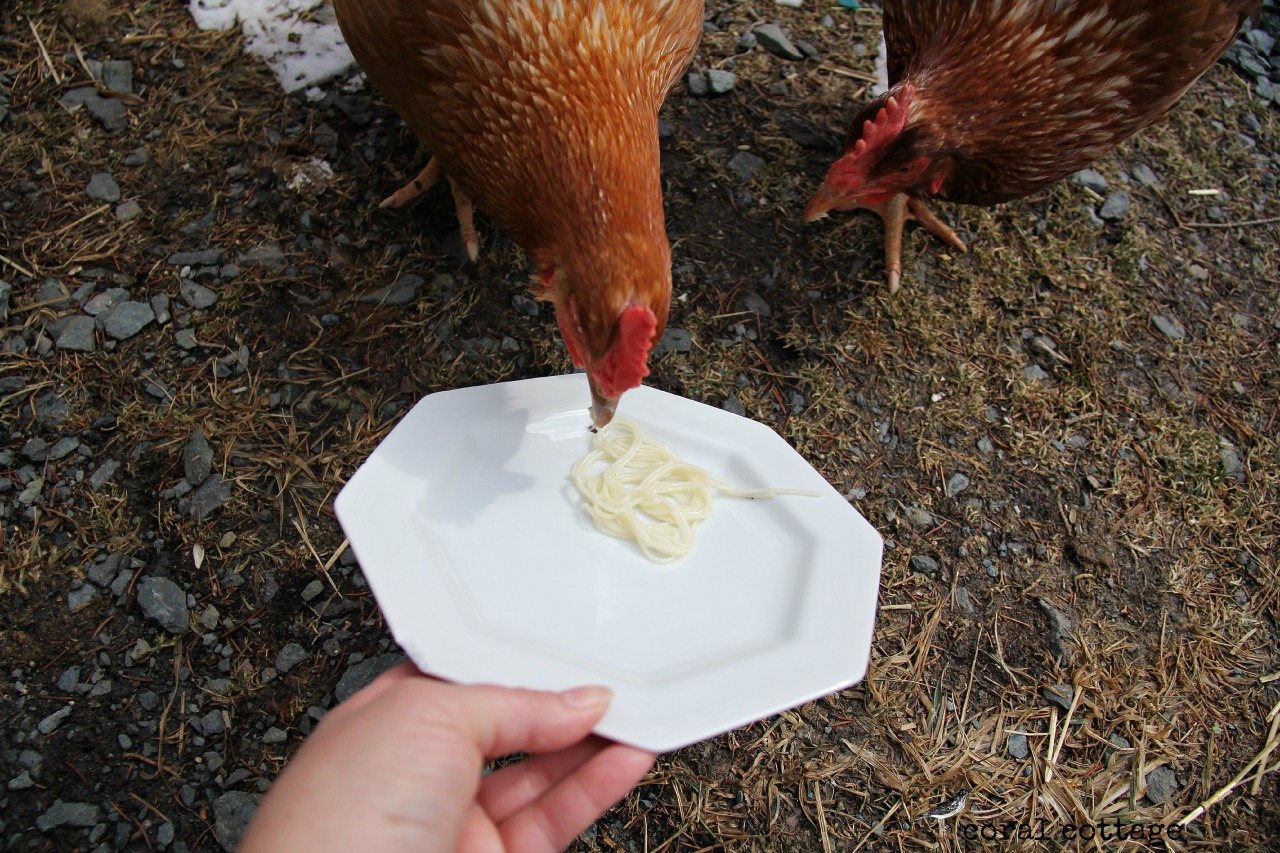 They took turns slurping up the noodley goodness, until Ethyl reached over and grabbed the rest if the big old blob and then the fighting broke out.

Eventually they each grabbed an end and ate their way to the middle.

In a matter of seconds it was all gone and that was that.

Yesterday after lunch I stood at the kitchen sink cleaning up and looking out to the chicken yard, when I realized there was a great big villain (raccoon) eating out of the girls feeder.

Complete panic kicked in.  Mr. Cottage ran out and chased the intruder away.  He went up a tree that hangs over the coop.  The raccoon – not Mr. Cottage.

For the next few hours, I kept an eye on Mr. Raccoon, through the kitchen window as he slowly made his way down the tree and back into the chicken yard.

Mr. Cottage went out after him again, but Mr. Raccoon gave him the slip.

Oh my, isn’t that face adorable? 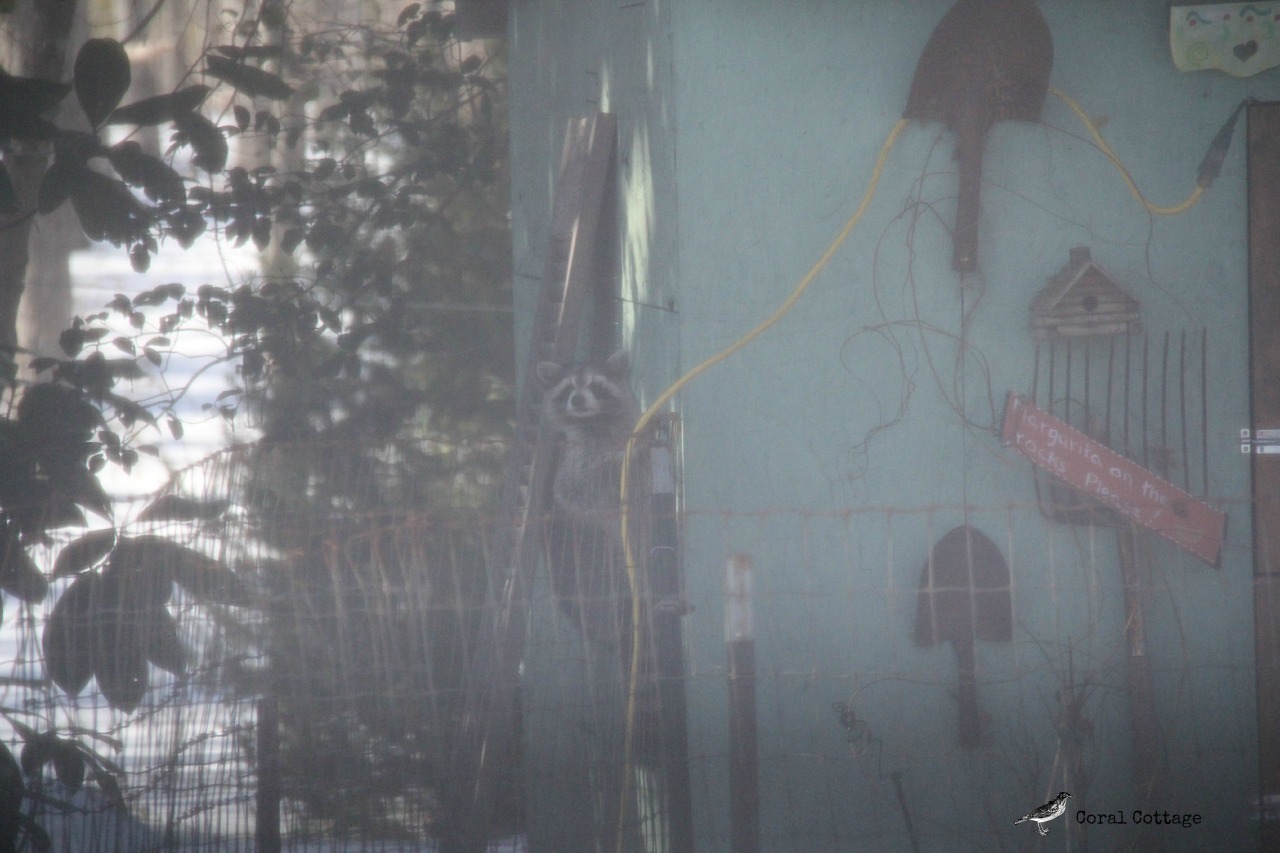 There isn’t a lot more we can do at this time to keep the girls safe.  We have to wait until the weather clears a bit, then we will be able to build a safer coop yard.  We knew the issue of predators would come up, it is part of living in the country and part of being chicken keepers.  Mr. Cottage isn’t a hunter, and I don’t like to kill anything.  But we have an obligation to our flock to keep them safe.

Mr. Cottage has looked into some firearms.

What have y’all been up to this week?