August 2017 just hasn’t been a very nice month.  Seems a lot of folks have the same feeling and that maybe we can all breathe a little better now that we have put this mean month to bed.

September is a swing month here in Virginia, not summer not fall we often have very hot weather and some cool days too.  The past few days have been quite cool and very wet.  The remnants of Hurricane Harvey are here.  We really needed the rain, so no complaints.

I’ve noticed that hummingbird numbers are down and their visits to the feeders not so frantic.  Soon they will fly away to warmer climes, I’ll look forward to their return.

Are you noticing changes in your garden or the weather where you live or the pollinators and other critters that visit? 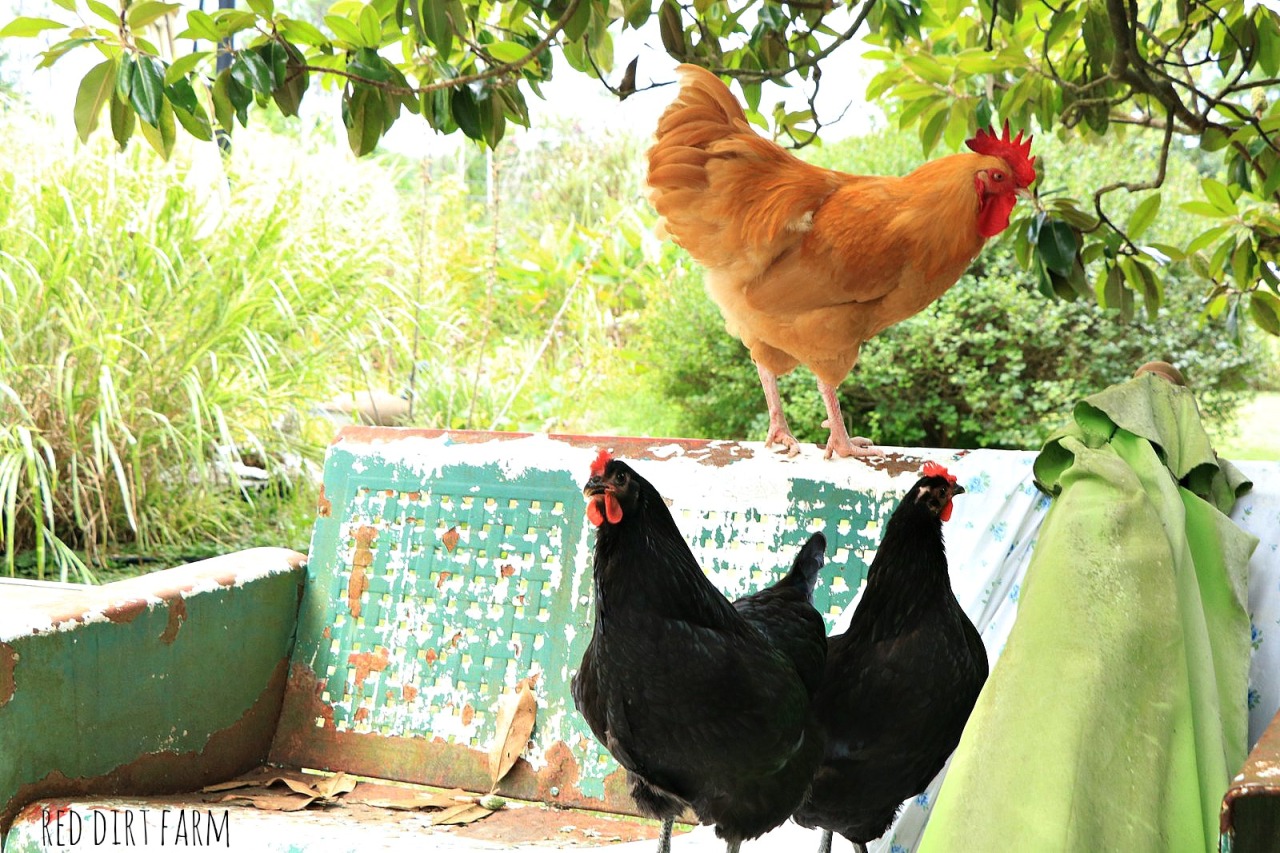 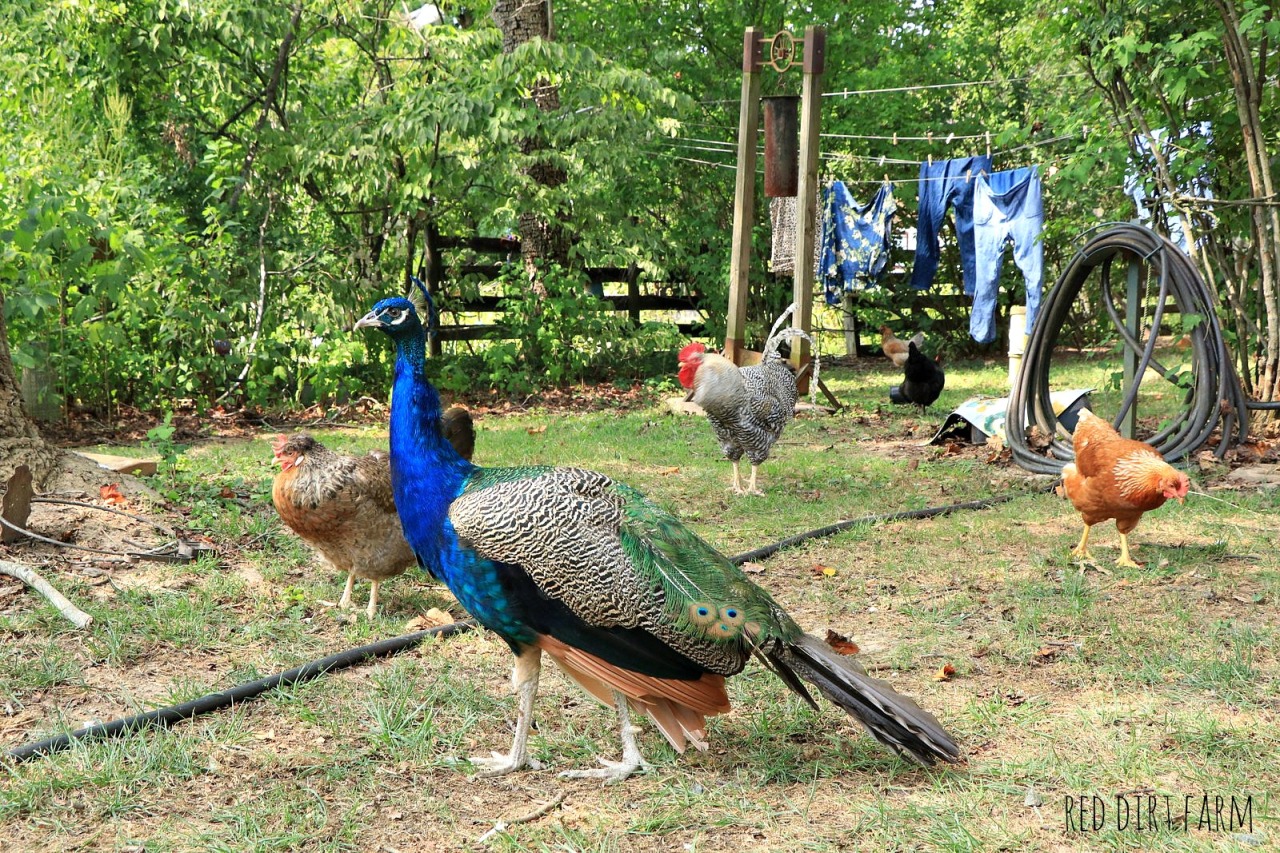 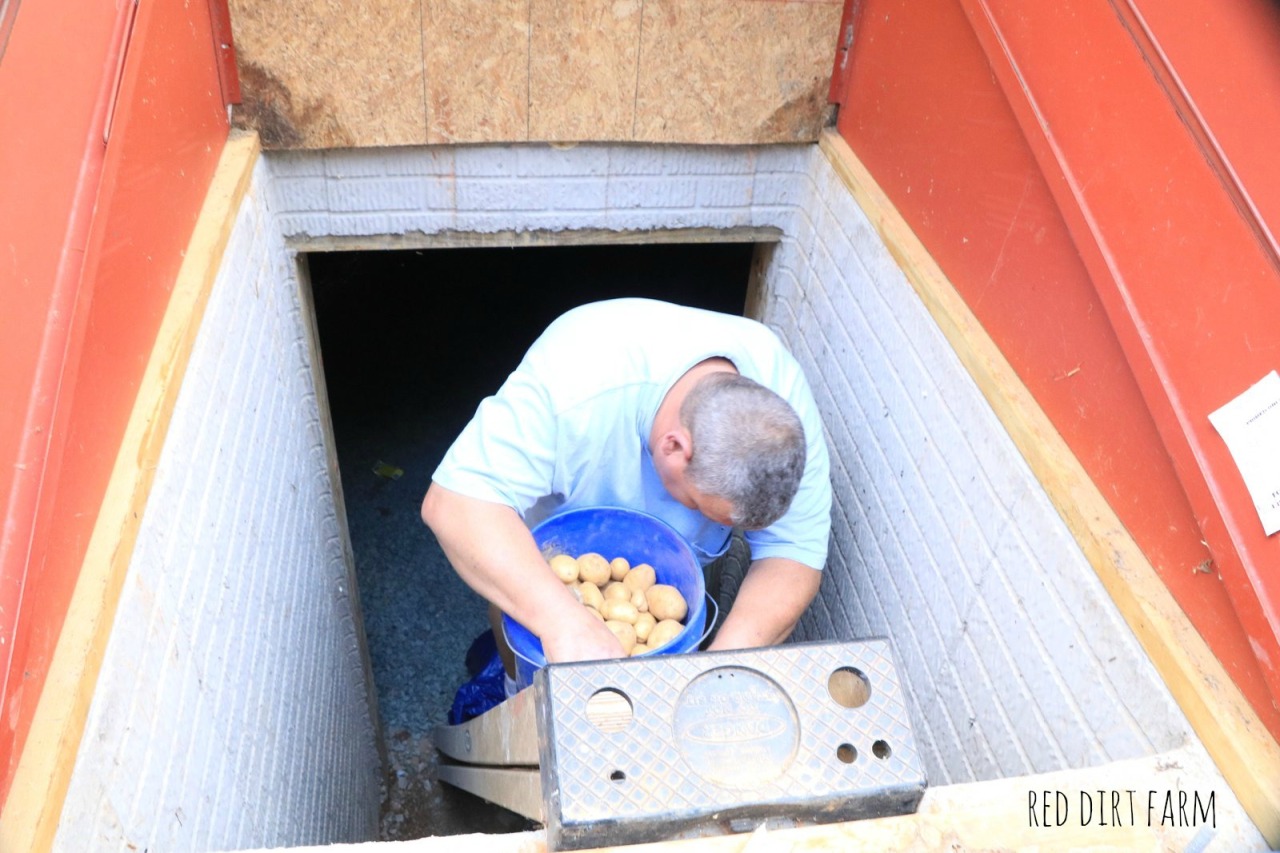 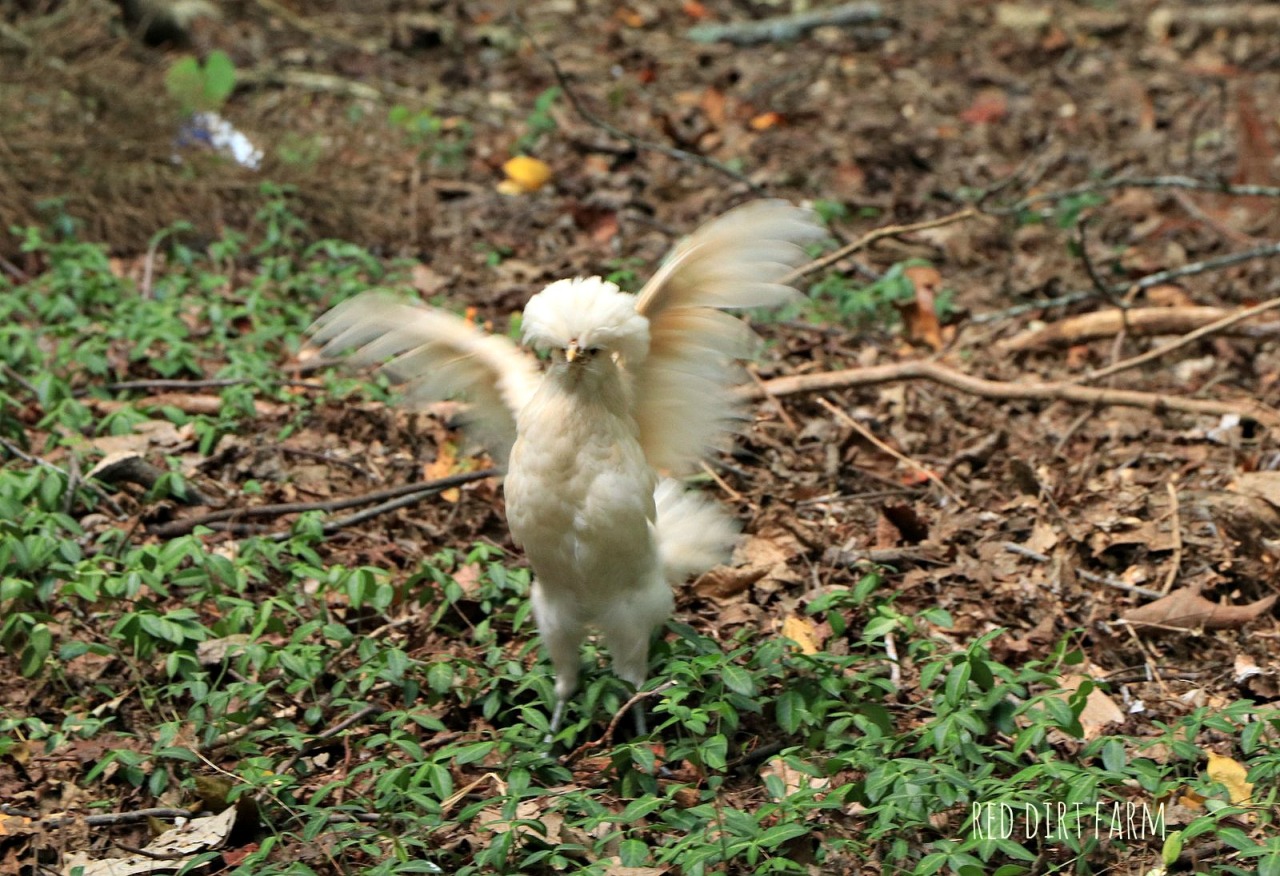 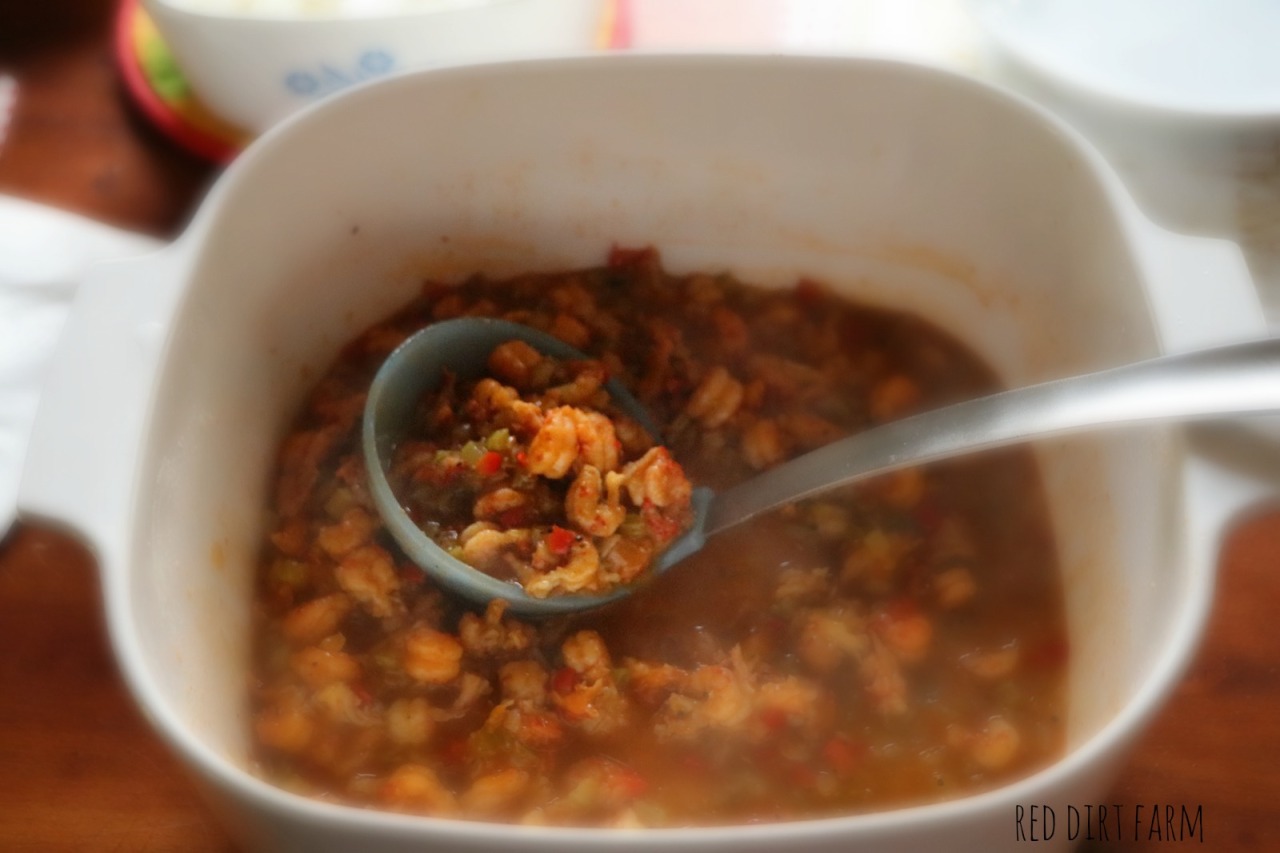 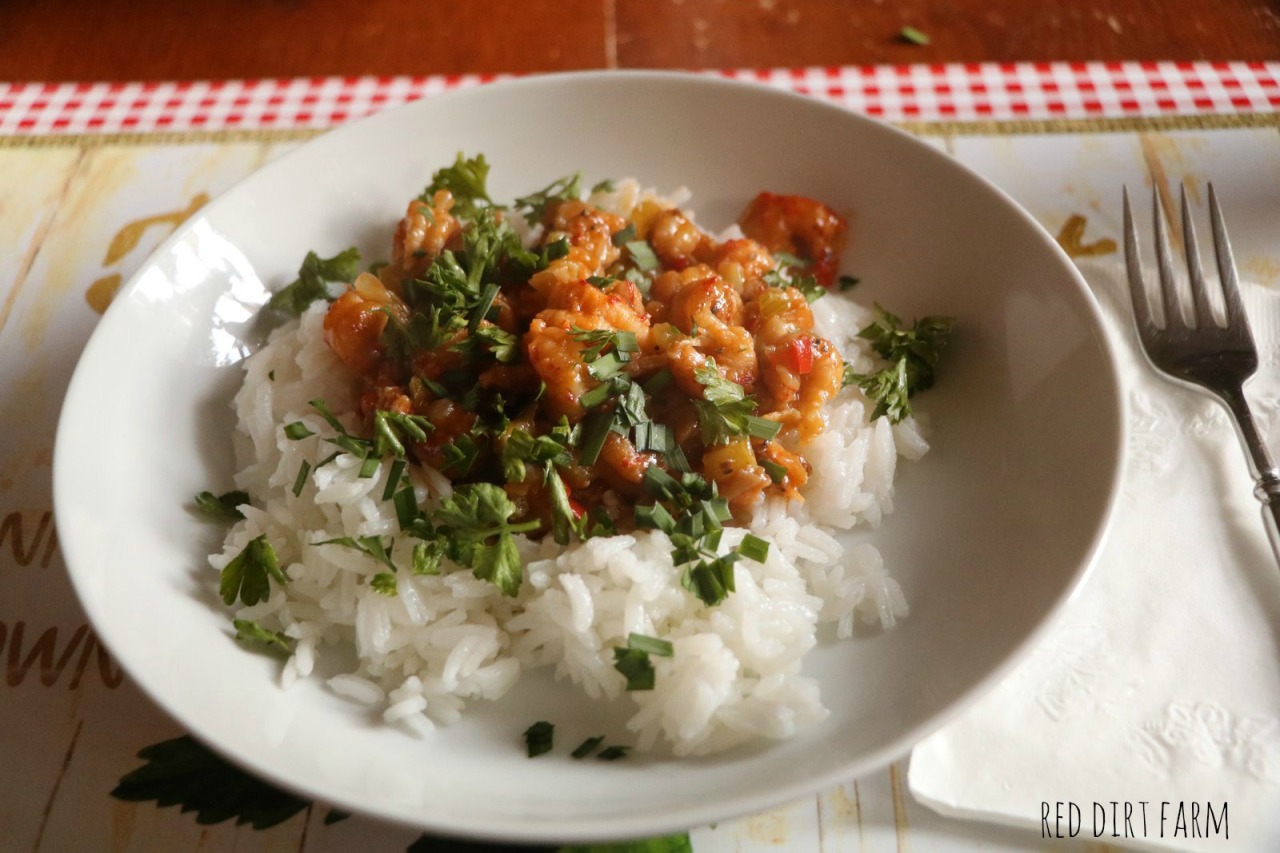 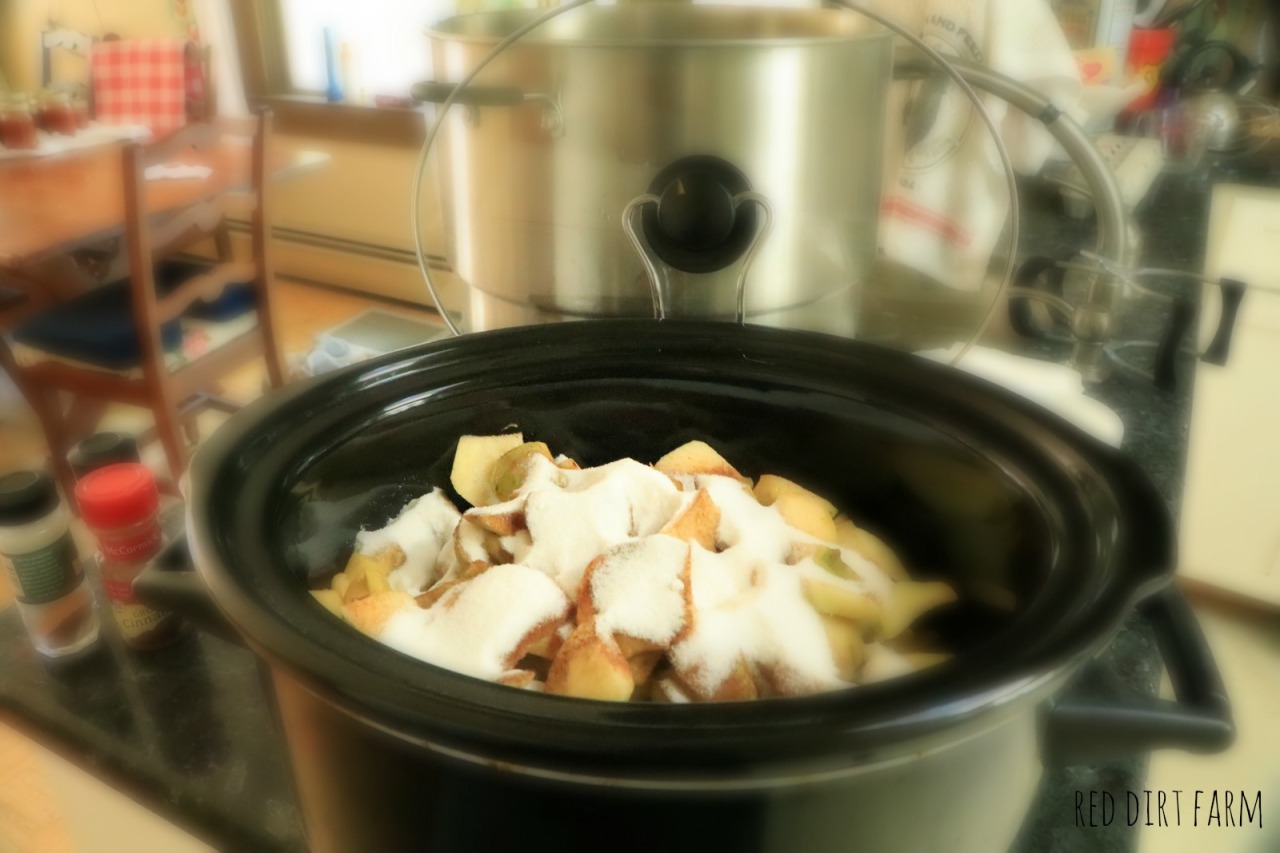 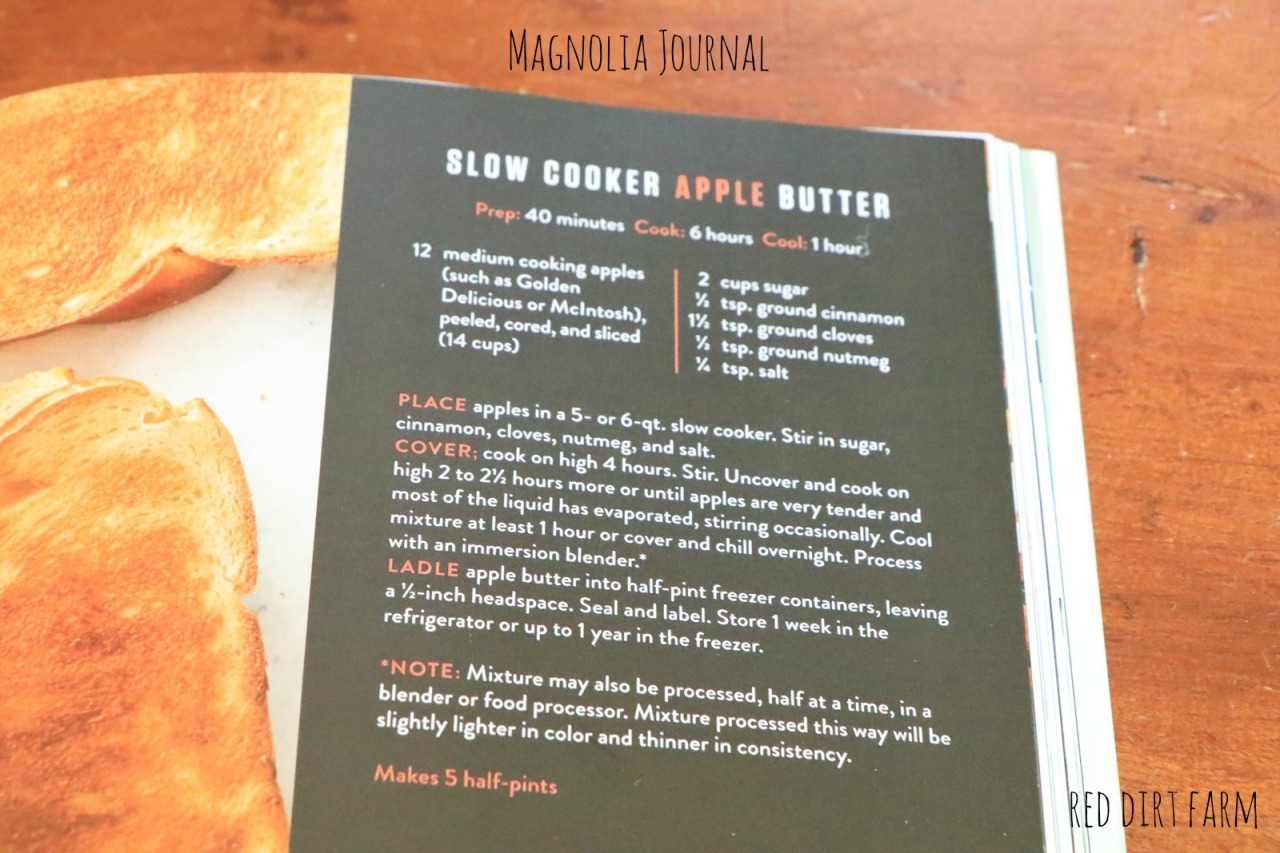 I experimented with some new recipes this week. Which is funny, because I don’t usually cook with recipes.  Crawfish Etouffee, I had this many moons ago when I was in New Orleans.  I had never made it.  A dish that tastes like a lot of effort, but really is quite simple and easy.

At the first of the week, Mr. Cottage had surgery.  It was fairly minor compared to all the other surgeries he has had these past two years.  Thankfully he is doing really well.  Anyway, while in the waiting room, I thumbed through the Fall gratitude issue of Magnolia Journal.  I found a recipe for crockpot apple butter.  A neighbor recently brought us a basket of apples he had picked.  Perfect timing I’d say to make apple butter.  I like it but had never made it.

Another neighbor brought us a couple of bushels of potatoes, which we now have stored in the root cellar for later this winter.  A few of the potatoes were really small, pea to dime size.  I had some leftover chicken and so I tossed those little potatoes into a chicken broth that I added cream to, and some corn.  I then sautéed some onions, celery, and mushroom, combining everything making chicken, corn and potato chowder.  I whipped up a batch of cornbread which we slathered in apple butter.  Awesome good stuff.

Ramblings around the farm.

Our broody hen, Lottie Moon is doing well with her never wavering stink-eye reign over the hen-house.  I put 7 eggs in the incubator when she started sitting, just as a backup.  I candled them this week and pulled two that were not fertile. We should see some hatching by the end of next week.  Meanwhile, Miss Dottie has gone broody as well.  I do not know how many she is on.  I think I’m going to be selling little chicks in a month or so or else we will have to move to a bigger farm.

Speaking of selling things, I just discovered that I can sell directly from this site, I had no idea.  I created a tab up there in the menu that I called Market, as time allows I’m going to put some of my art and photography note cards up for sale.

This lady must have hit her head.

A few months ago I was inside the house,  as I was passing by a window, I saw something move out in the yard.  I took another look and there was a woman wandering around the yard.  She was kind of weaving in and out back and forth between the trees and shrubs. This was not normal.   I was somewhat alarmed as I went out and approached her.  She started immediately apologizing for being in my yard, and at the same time, she was talking so fast and not making any sense at all.  She said she was afraid she was going to wreck her car.  I thought the way she was talking, that she already had, and that she had a head injury or was in shock. I looked around and spotted her car down by the egg stand, so I felt confident that she hadn’t wrecked.   I invited her to come sit at the patio with me.

We ended up having a really wonderful, but strange conversation.  She explained that she drives by our house regularly and she slows down to look at the house and she loses track of what she is doing because she gets so caught up looking at the house colors, and that was what made her think she might wreck her car.  She said that she wanted to stop and meet us but didn’t want to impose on us.  I guess she couldn’t stand it any longer and ended up parking the car and wandering around the property.

She told me that our place felt good.  She went on to say that she was inspired by all our colors and the way our place looked.  I thought, wow, this is so nice and kind and generous and very weird.  I like weird.  I immediately liked her too.

She struck me a bit as a hip modern-day Tasha Tudor.  So I’m gonna call her Tasha.  Tasha told me that she wanted to hire me as a consultant.  She had recently purchased a 20+ acre farm, just down the road from us.  According to her, the house needs a lot of work and a good paint job.  Tasha loves our bold colors but she just couldn’t be that brave she said.  Not on her house.  But maybe on some of the many outbuildings that dot her property.  She wanted to hire me to help her with color choices.  I declined, saying I wasn’t a professional design consultant, and I couldn’t have her pay for my ideas.   However, I would help her for free.  She was very insistent and said it would be a business transaction.  She would be in touch.  Off she went.  Nothing was set up, yet, I felt certain I would hear from her again.

Discovering validation and letting it go for something better

Fast forward a couple of months to this past week.  Tasha called, she said she had hired a painter for her house.  Ironically, it is the same painter we used on ours.  She asked if I could come to her place and go over ideas with her, so we set a date to meet.  I spent several hours at her house and I think I felt the same about her place as she feels about ours.  At the end of our visit, she insisted that she pay me for my knowledge and ideas.  I tried everything I could think of not to take payment.  She said it was a matter of integrity, that this was a business transaction and that she knew right from wrong and it was right to pay for services received.  Wow, I couldn’t come up with anything.  I took the money and left.  But it was nagging at me.  I was honored that she felt my suggestions and ideas matter, I mean who doesn’t like feeling validated?  It has been years since I was paid for my ideas.  It felt good.  But still, I wasn’t comfortable with it.  I can’t explain it.  Maybe it is because I am insecure in my abilities.  I don’t know, but this payment felt like a burden and I needed to turn this into something more than my ego getting paid.

This week I’ve pondered all the tragic stuff happening down in Texas since Hurricane Harvey hit.  It has reminded me to be grateful for what we have.  I wanted to do something to help.  I decided that I would donate the money that I received from my consultation work.  That money would go to something positive and I would feel good and that would be a win win.

The videos I’ve seen of the many animal rescues in Texas pull at my heart-strings.   I did some research and found Austin Pets Alive, they have a program specifically for helping Hurricane Harvey’s displaced animals.  If you have been thinking of helping out, maybe this program will be of interest.

If you are local to the Charlottesville area, this weekend through Monday the Charlottesville Albemarle SPCA is waiving all adoption fees.  They are trying to free up as much space as they can in the shelter to make room for pets coming in from Texas.  So, if you have been thinking of adding a pet to your life, this would be a great time to do so.

That’s all for today.  Thanks for being here. 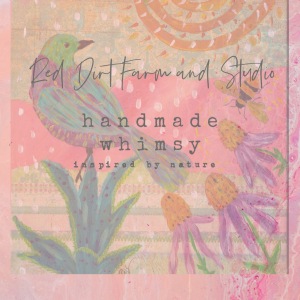